Getting to Know... Noah Witchell!

Last month I was in the audience at The Bookworm Bookstore when Marcus and Mardra Sikora read and signed copies of their newly-published children's picture book,
"Black Day - The Monster Rock Band".  To learn more about this mother-son creative team see this post on my blog. 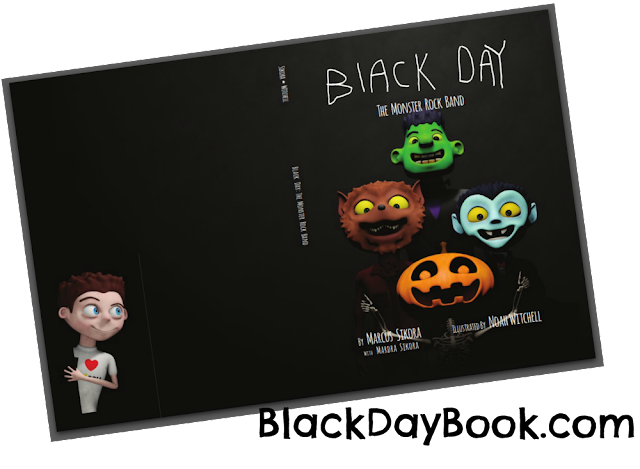 "Black Day - The Monster Rock Band" was illustrated by local artist Noah Witchell. Because of the large crowd in attendance to hear the Sikoras unveil their new book, I did not get a chance to meet Noah, although I did chat briefly with his lovely wife while we were outside at the Monster Cookie Table.  (Check out the blog post mentioned above to see pictures of The Cookie Table!)

I had a very enlightening chat with Noah recently via email:

Q: Is this the first children's book you have illustrated?
Yes it is!  Hopefully not the last.

Q: Did you know Marcus before he started writing the book or did you meet through the process of making the book?
No, I didn't know Marcus before starting on the book.  I had met his dad, Quinn, briefly months beforehand via a friend of mine and between the two of them it had come to light that Marcus and Mardra had put together this manuscript for a children's book and were looking for an illustrator, at which point my friend put me in touch with Mardra.  We met up for coffee to discuss the book and the rest is history. 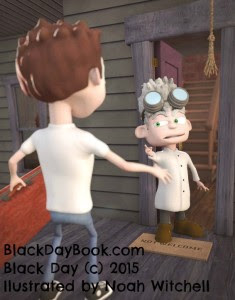 Q: How long did it take to complete the illustrations?  Not necessarily the number of hours but what was the process and how long (weeks? months?) did it take?
It was a very involved process, taking about a year to complete.  We had talked from the very beginning about possibly making Black Day into an animated short, which had a huge influence on how I approached the whole project.  I spent approximately four months building the characters and preparing them for animation through a process called rigging, as well as building all of the set pieces. After that, I spent about three months creating the book illustrations.  Once the book was nailed down, I moved over to the animation, which has taken about four and a half months so far, with another 2-3 weeks left to go!

Q: I sometimes hear authors say they didn't meet their book's illustrator - in person, at least - until after the book was published, and that they had only so much say in the choice of artist and illustrations.  I suspect your collaboration with the Sikoras was much more personal?
Very much so.  We started with meeting every other week to talk about what the book and characters would look like.  I would work on developing the characters and set pieces, then create a few style frames to show them the progress and get their feedback.  I think because of how long the process took it provided ample opportunity for this to be particularly collaborative.  As we moved into finalizing the illustrations and starting the animation, we stepped things up to meeting once a week to look at proofs of the book and rough cuts of the animation. 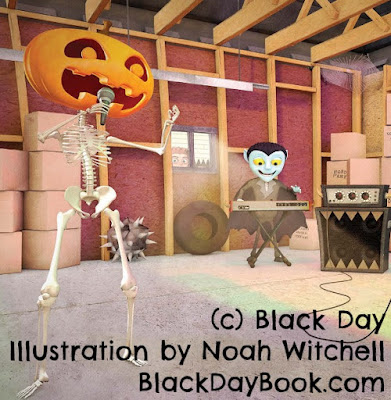 Q: Was Marcus fairly particular about details (the colors used for each monster, Brad's hairstyle, the purple shingles on the monsters' house, etc.) or did he leave a lot of that to your imagination?
I think this is exactly where this project has been a match made in heaven.  Marcus was absolutely particular about the personality of the characters and had an extensive collection of drawings he had made to depict what they should look like, but there was still plenty of room for interpretation on my part, translating it from his drawing into a dimensional character.  In that sense it never felt like it was 100% only his vision or only mine.  We were both aiming for the same target, just standing in slightly different places.  With the sets, we talked broadly about the feeling of the locations but they largely left it up to me to make the house and the cemetery what I thought they should be to fit the story.

Q: What kind of training do you have?  What software did you use when creating the pictures for "Black Day"?  What other kinds of artwork/graphic design/illustrations have you done?
I initially went to school for photography, but through a long and gradual process photography evolved into video work, which turned into motion graphics work, which in turn lead to me working as a 3D artist.  As a photographer I was always fascinated by the concept of "constructed realities", where instead of going out and looking for something to photograph, you would simply build what you wanted to photograph on a massive, elaborate scale.  Working as a 3D artist is exactly that process, so it fit like a glove!  I built everything for Black Day in a 3D program called Cinema 4D, and I used a combination of a few other softwares such as Adobe Photoshop, Illustrator, After Effects, and InDesign in order to put the finishing touches on both the illustrations and the animation.  As far as other work goes, I spend most of my year working on creating 3D content for concerts and television specials.  The beauty of what I do is that it can be done from just about anywhere with a decent internet connection, so I contract work remotely for companies based in Los Angeles.  You can find more information about me at www.noahwitchell.com

Q: Finally: Anything else you'd like to share?
This has been such an incredible experience!  When I first met Mardra I remember coming home and telling my wife about it, and it wasn't even a question.  We were both like "Yes, you need to do this!"  The thing that has been so remarkable to me with Black Day is that there are so many angles to look at it from.  You can look at it solely on the merits of the book as this fun Halloween story, or you can take a step back from that and look at it as this story about inclusiveness.  Another step back and it's about Marcus ponying up proof to the world that he isn't defined by an extra chromosome and that he can and will continue to be the inventive, clever guy he is.  Personally, my favorite angle to look at it from is the one where a small group of passionate people focused on a shared goal can accomplish some pretty amazing things.  A handful of people really shouldn't have been able to pull this off!  It's the craziest, most elaborate project I've ever taken on in my life.  But it's happening - the book is published and the production schedule for the animation is drawing to a close!  A little perseverance has brought us a long way, and I'm so thrilled to have been a part of it.

Now...are you ready for the premier trailer for the upcoming video short of "Black Day"?! 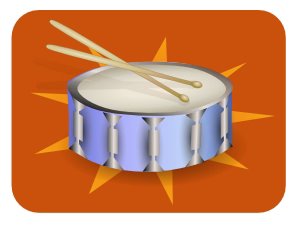 Email ThisBlogThis!Share to TwitterShare to FacebookShare to Pinterest
Labels: Getting to Know..., Illustrators, The Bookworm Bookstore