Members of Green Bellevue, volunteers from Mutual of Omaha, and other interested citizens met today, Wednesday, September 25,  for the first of two days of planting trees at Haworth Park.  This effort is in response to the flood of 2011 that left the City park under massive amounts of water.  This beautification project will introduce around 150 new trees, representing about 2 dozen species, to the campground area.  The park reportedly lost around 500 trees as a result of the flood.

Here are photos from today's planting:

Volunteers listen as Don Preister talks about the damage incurred around the park, and how their efforts will help to beautify and revitalize the area. 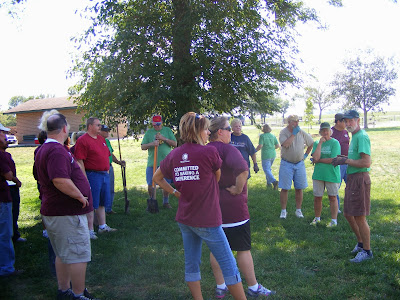 Horticulturalist Graham Herbst from the Nebraska Forest Service
was responsible for choosing the varieties of trees to be planted
as well as designing the layout for their placement. 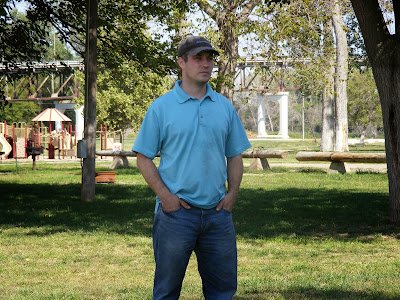 The campground area looked as though it had been overrun with moles!  City workers came in ahead of time to dig the holes and place the right tree by each hole. 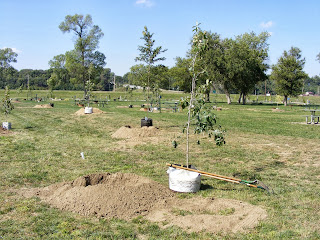 Employees from Mutual of Omaha volunteered their time and effort in helping to plant the trees.  They also gave a financial donation to help with the expense of this project! 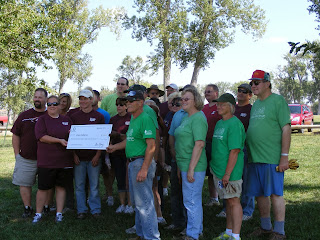 Library patrons Sammy and her mom, Shilo,
were on hand to "adopt" a tree! 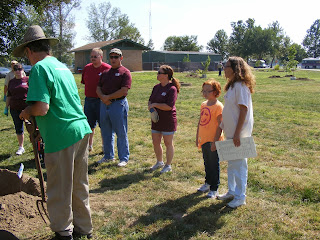 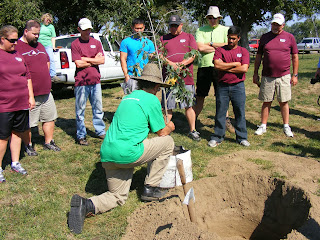 Laying a garden rake across the surface of the hole helped to ensure
the tree would be placed correctly at ground level. 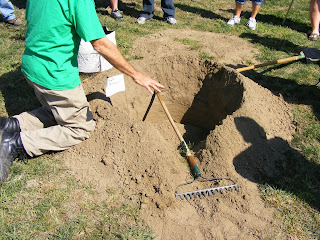 Horticulturalist Graham Herbst showed the group
what can happen to the root system of a tree
if it is not planted correctly. 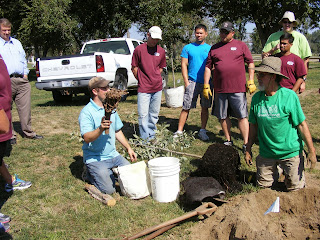 Dave Anson and Don Preister make sure the root ball is level
before filling in the hole with dirt. 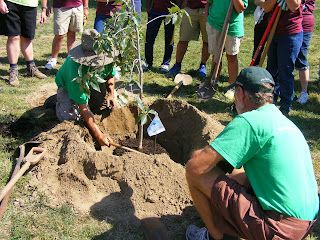 Raking up some loose dirt and they're done!
Just 149 more trees to go! 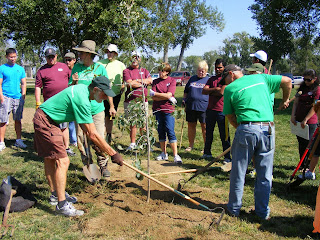 Now it's time for Sammy and her mom to be introduced to their
Tulip Poplar tree!  Graham showed the interesting
shape of the leaves and told us that this type of tree
was likely around during the time of the dinosaurs!
Do those leaves look good enough to eat??! 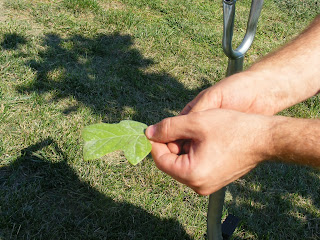 Graham told Sammy about the pretty yellow-red flowers
that will bloom on the tree. 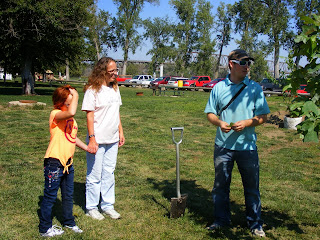 Here is a photo of what the tree might look like in the future.
Can you guess why someone decided to call it a Tulip Tree?? 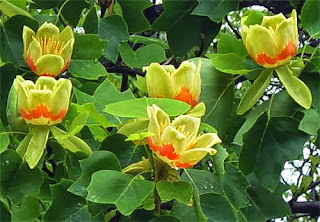 Here is Sammy getting her picture taken next to "her tree"! 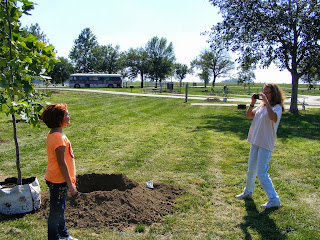 The hardest part was getting the bag off the root ball! 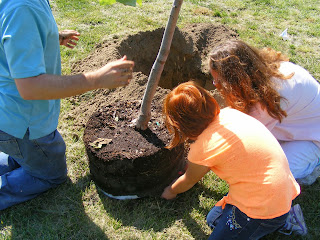 Graham showed us places where the roots actually grow
through the bag and why that was ok! 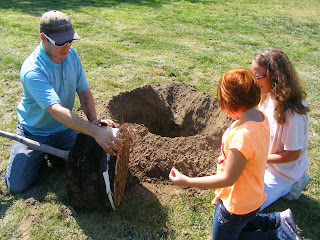 The tree is sitting at the right depth, it's standing straight and tall,
and now it's time for some dirt! 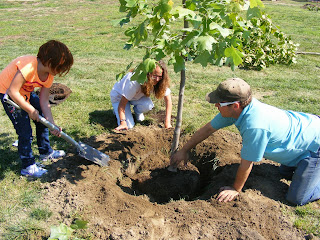 The hole has been filled in, the ground tamped down
(using Sammy's feet!) and now the last thing to do is to
place the white flag that identifies the tree as a Tulip Poplar. 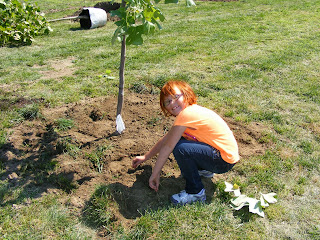 Oops!  THIS is the last thing to do!  Hug your tree! 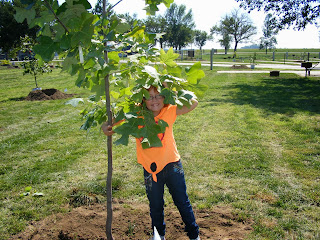 I recently received a photo of Miss Sammy that was taken last fall (Sept. 2014) when Sammy and her mom, Shilo, visited the tree they had planted!  I think the plan is to take a photo each year near the anniversary of its planting!  Thanks for the update, Shilo! 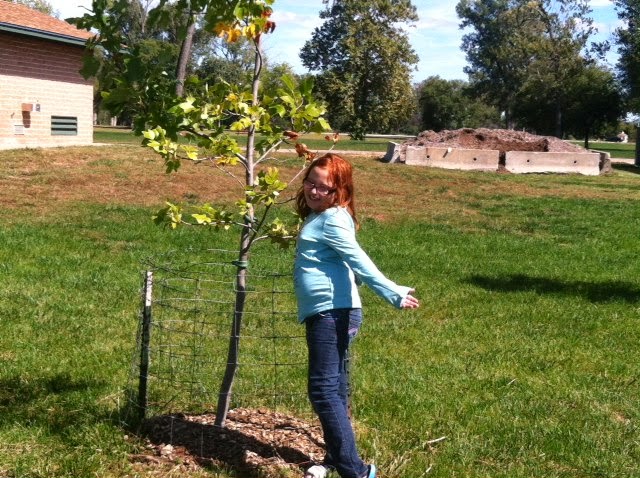 Posted by Alice Boeckman at 8:19 AM