I recently had the opportunity to meet children's book author Kevin Henkes at the Plum Creek Children's Literacy Festival in Seward, Nebraska.  Kevin has received many awards for his work, including the Caldecott Award in 2004 for his illustrations in "Kitten's First Full Moon".  He told us he is currently working on book #47!

Kevin has written and illustrated many books including: 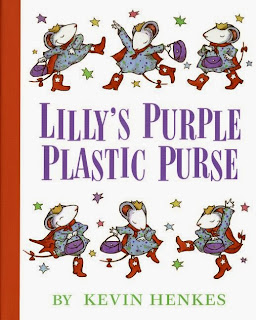 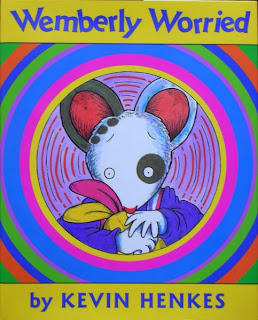 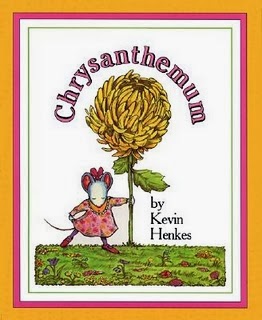 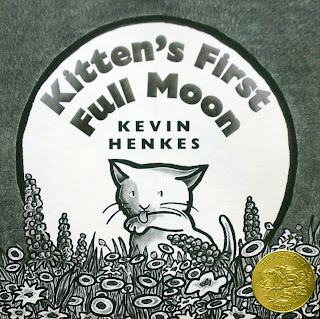 So why did Kevin Henkes (HENK-us) begin his presentation with the phrase "This bird in my mind"?   He told the audience that writing is, for him, like an allusive bird.  Like a bird, his ideas land and then flit away - resulting in many false starts, dead ends and sleepless nights. 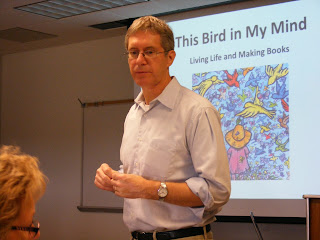 Kevin says he strives to always keep the child in mind when he is writing and illustrating.  He remembers when his son was about 4 years old and learning to ride a bike.  What seemed to him to be a flat neighborhood was actually hilly - at least to his son who was struggling to master bike-riding!  This experience gave him a new perspective.  He says children have a unique way of seeing the world. Another example was when his daughter was looking at the book "The Snowy Day" By Ezra Jack Keats.  There is a page that says that Peter was in bed and his snow ball was gone (it had melted).  But Kevin's daughter was confused because she saw the snowball!  Can you see what she thought was the snowball?  It's under Peter's chin! So this further showed Kevin how children often view the world differently than adults do. 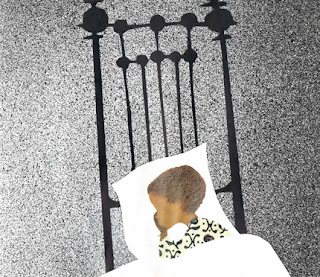 (taken from "The Snowy Day" by Ezra Jack Keats)
He was reminded of this again, more recently, when he visited a school and he asked the students about their favorite part of his story, "Chrysanthemum".  One boy said his favorite part was when one of the characters is shown smelling the teacher's armpit!  Naturally, Kevin insisted that he hadn't drawn a picture like that, but then he looked at the picture through the eyes of a child!  You may need to check out the book to see this picture more closely!﻿ 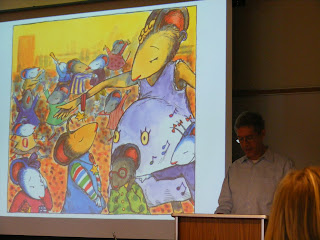 As he showed pictures from some of his many books he shared many great insights, including:
*  Small things matter to children
*  Children experience many occasions when they are doing things for the first time.  Adults would go crazy having to face so many new experiences!
*  The meaning of a particular story often changes as a child grows.  And yet, in some ways, books stay the same!  Readers come back to a favorite book throughout their life to relive the experience of first reading it.
*(Thankfully for those who love Kevin's work), he said he will "continue to chase the bird in (his) mind."! 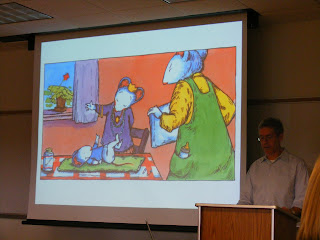 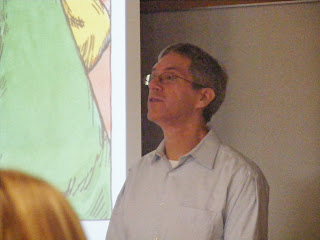 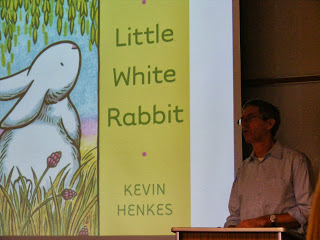 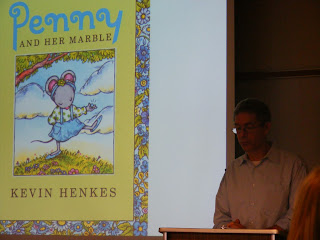 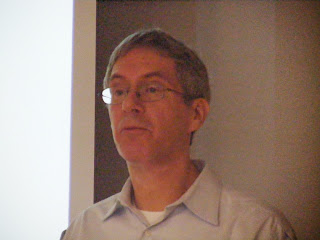 Kevin was also the speaker at the festival's luncheon.  He told the audience that he never "decided to be an artist".  As he put it, "I always thought of myself as an artist." 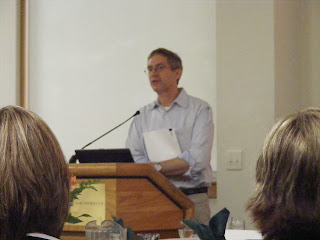 Kevin shared that he prefers to write on paper, which allows him to easily draw arrows, make changes, insert notes, etc.  He then transfers the story to his computer. 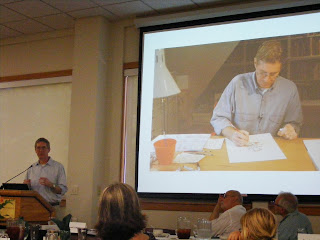 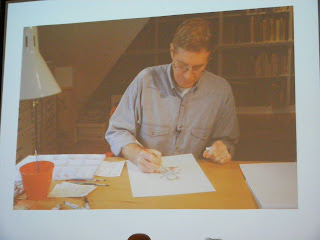 Kevin told us that he still uses the same orange margarine tub that he started with as a child!  He uses it to hold a variety of pencils at his desk.
He gets some of his ideas from real life.  When he was growing up he had a neighbor named Sheila Rae, who actually was brave in his mind!  He got his idea for Lilly's Purple Plastic Purse from watching a dad in an airport deal with his fussy daughter.  He was able to distract her by showing her a purple purse that made music when it was opened.  A composite photo of him and his classmates inspired many of the characters in "Chrysanthemum"! 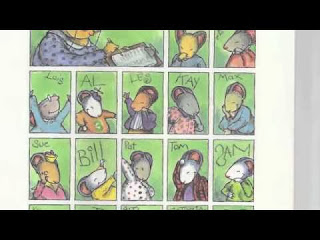 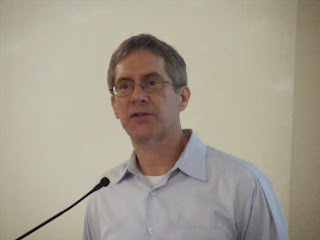 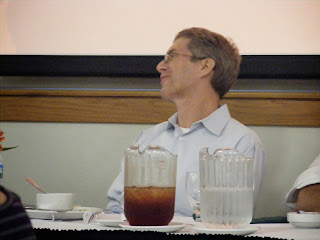 You can learn more about Kevin Henkes and his work by visiting his website.
Posted by Alice Boeckman at 12:26 PM

Email ThisBlogThis!Share to TwitterShare to FacebookShare to Pinterest
Labels: Authors, Getting to Know...